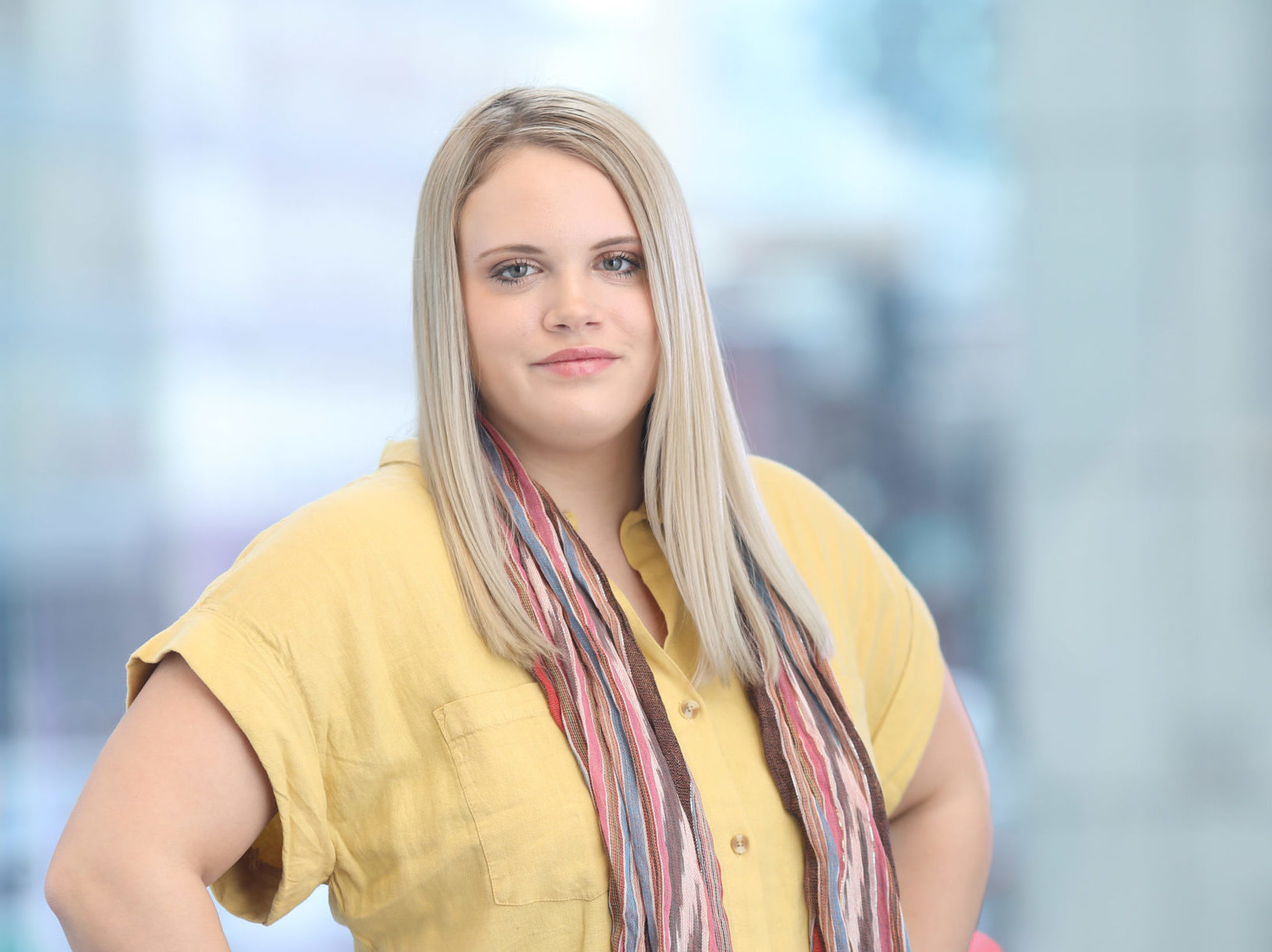 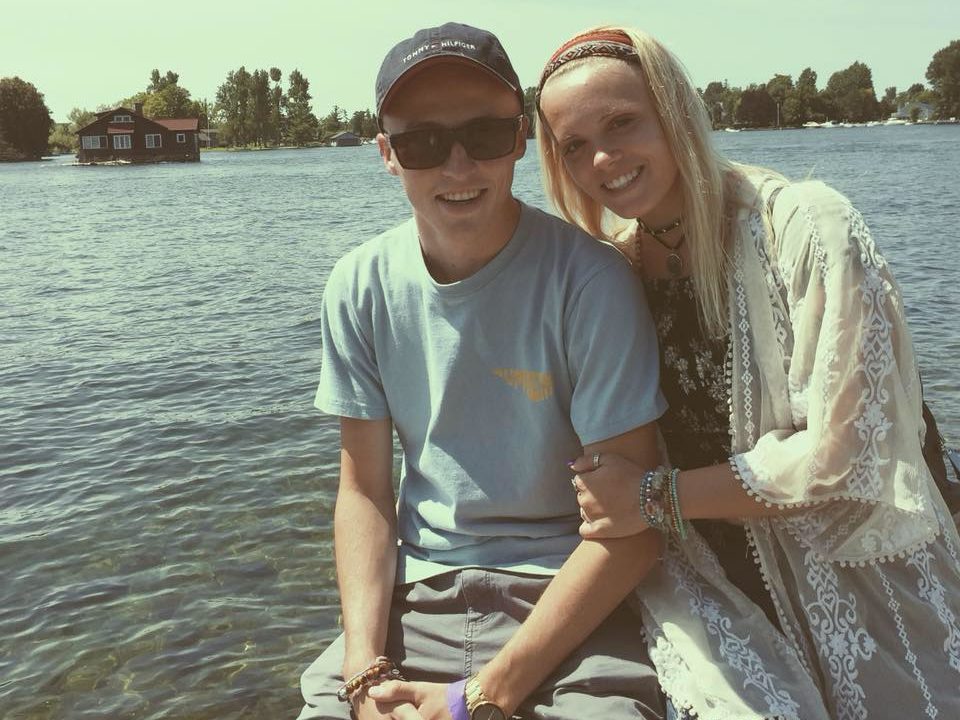 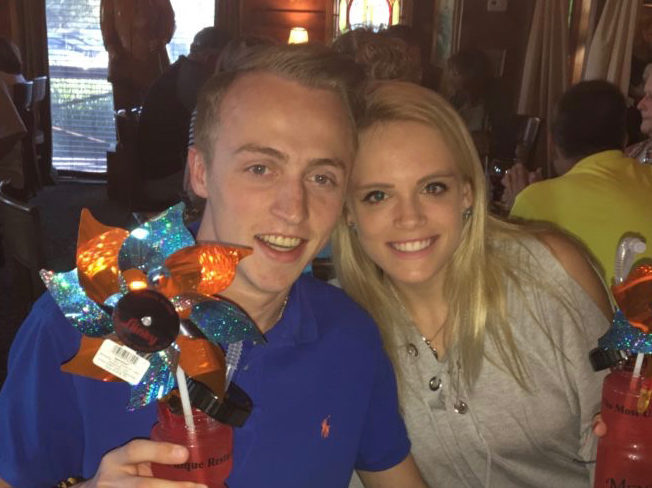 "Recovery is something no one else can do for you. You have to own it."

I’m originally from Doylestown, a predominately white, upper class area. Growing up, I was always a straight-A student. Despite this, I suffered sexual abuse multiple times at a young age, which caused me to become a sad and anxious person. Since I was such a young child, I didn’t know right from wrong or whether or not I was to blame or if I came forward to my parents if I would get in trouble.  I never mentioned the mental health challenges I was facing because mental health problems are highly stigmatized where I’m from. I developed negative eating behaviors and began to starve myself, over-workout, and count calories. As all of this self-hatred began to boil, I started to self-harm. I was burning and cutting myself almost daily.

Someone at school noticed cuts on my arms and reported me to the guidance counselor. I was called to the counselor’s office, and my parents were waiting there. They took me to Doylestown Hospital where I was admitted into behavioral health treatment.  It was one of the worst experiences I’ve ever had. We were treated like objects, not people, where they would medicate us instead of talking to us. The only things in our rooms were our beds, and we weren’t allowed to decorate; it felt like a prison. I don’t feel that this environment helped me at all, and it made me feel even worse. I eventually signed myself out.

I started drinking alcohol and smoking marijuana as young as 12 years old to escape what I was feeling. By tenth grade, I was using heavier substances like opioid pills, Adderall, and Vyvanse. I was eventually introduced to heroin by a loved one of mine. The first time I used heroin, it was the best feeling I ever had. Every single worry and problem I had was instantly gone. With heroin, I didn’t have to cope or face anything; heroin was “coping” for me. I began using heroin more and more as it was easier and cheaper to get than opioid pills. I didn’t realize what I was getting myself into, and assumed I could stop whenever I wanted, but eventually became dependent on it.  The other students at school found out I was using from two people, who I thought were good friends, and began bullying me. I didn’t like being at school, but I didn’t like being home either because my parents didn’t seem to understand what I was going through. My family thought it was as simple as deciding to be happy, but as I got worse and worse and spent more time in treatment, they began to accept that I had to deal with the demons I was facing. Being bullied at school was probably one of the worse things that ever happened to me. Originally, I had left my friend group because I realized that they weren’t people I wanted to be around anymore and that I was nothing like them. My old friends were really upset by this and began bullying me. These individuals had a large social media presence as well as a large presence in school, so not only was my high school engaging with the online bullying, but so were other high schools near us. They would bully me for smoking cigarettes by blowing fake smoke at me and writing “cigs” on my Facebook and Twitter wall.  I stopped going to school because I would be afraid of them retaliating or saying something in front of me that I wasn’t mentally strong enough to hear. Bullying made my whole high school experience miserable and pushed me deeper into my substance use.

During my senior year, my parents found out I was using heroin and sent me into rehab. I was in rehab for 50 days and the first thing I did when I got out was smoke and drink. Two weeks after getting out of rehab, I was raped. The situation completely destroyed me. I contacted the police but they blew me off once I disclosed that I had used heroin in the past; they released the man who did it. While I had been judged by several people up to this point, it hit the hardest with the police because their job was to protect me, and they thought I was lying. It’s something that’s really hard to cope with even today. I went back to using heroin and eventually overdosed. I was revived after receiving two doses of Narcan. I remember waking up and hearing, “Come on, Erin.  Stay with us.  You’re so young.”  That statement really hit home and stays with me today. Despite how close I came to dying, I began using two days later. I didn’t receive any help to work on my behaviors or addiction after the overdose hospital visit and I began getting sick, so I used again. It seems crazy to me that I would do something like that looking back on it, but at the time it seemed like the only thing to do – the right thing to do.

I told myself I’d stop in two days, but those two days turned into three days, then a week, and it just kept progressing. I eventually went into a 9:00 to 5:00 outpatient rehab program. After failing a drug test as a result of relapsing with a loved one of mine, I came to a realization that I had to help myself if I wanted to help others. I wanted to help others after the abuse I suffered as a kid, my many mental health challenges, and being bullied in high school. I became much more committed to my rehabilitation and, as a result, I have been sober now for two and a half years. The first few days of sobriety were very hard. It can be really difficult changing a mindset you’ve had for so long, but I was learning ways to cope in rehab. There’s this kind of obsessiveness at first, but as time goes on it becomes less frequent. Even though I’ve been sober for two and a half years, recovery is still raw to me; it’s a day-by-day process. I got off Vivitrol over a year ago, and there definitely are still triggers that make me want to use, like seeing the man who raped me. As a result, mental health is a huge aspect of recovery and several of us in recovery have other issues besides drugs that we’re dealing with. We need to step back and ask ourselves, “Why are people using drugs?” instead of focusing on the fact that individuals are using drugs.

My biggest area of support right now is my boyfriend. He goes out of his way to make sure that I have every opportunity to pursue what I want in life. Whenever I have a bad day, I know I have him to come home to and that he’ll be by my side through it all. Knowing I have someone and I am not alone through this journey helps. We recently bought an adorable French bulldog we named Rambo, who gives me so much comfort and joy. In general it’s difficult to find friends in the college environment that I’m in. Finding someone who’s willing to stay in with me on Friday night and not do drugs or drink alcohol is difficult. Recovery is just something you have to work on every day, and I don’t want to put myself in a position where I compromise it.

I’m definitely happier in recovery than I was when I was using. The best part of recovery is waking up and not having to wonder how I’m going to get well. Not having those obsessive thoughts I had when I was in active addiction feels good. College is also a huge part of my recovery.  I have to stay busy or my thoughts wander, so I just dive into my schoolwork, and my job with Dr. Glenn Sterner. Knowing that I’m getting closer to helping people makes me really happy, and that’s a huge motivation for me. I want to be a therapist for people struggling with mental health and addiction. The counselors who helped me the most in my recovery were ones who dealt with substance use in their own personal life. There’s a fear that you’ll be judged by someone who’s never gone through addiction, so it’s easier to open up to someone who’s been through a similar experience as you; they’re not likely to judge you. This is why I want to get into the mental health field, so that I can help others without them fearing that I may judge them. It helps to know that you’re not the only who has gone through all this. I’m very open about my struggles today because I didn’t feel alone after hearing others tell stories that were so similar to mine.

Being in recovery is something that I never imaged for myself but is the best thing that has ever happened to me. It has allowed me to open the door to so many different opportunities that I never imagined for myself. I attend Penn State Abington. I am a junior going on my senior year. In my junior year, I was accepted into the Schreyer’s honors program which was a huge achievement for me and something that I take pride in. I work in a research lab with Dr. Glenn Sterner on campus helping spread awareness and reduce stigmas associated with substance use disorder. Specifically, I work on the Share Your Opioid Story project by recruiting individuals, interviewing people, managing the website content, and planning events. Today, I live with my boyfriend in Philadelphia with our puppy, Rambo, in our own place. It’s crazy to think that I’ve been sober for two and a half years and to see how much my life has changed. It just goes to show that if you want it, you can achieve it.

This is why I’m sharing my opioid story: so others know that they’re not alone and there are people out there that care; you just have to speak up. We’re not just a statistic, we’re individuals with hopes, dreams, and struggles. Just keep moving forward with whatever works for you. Everyone’s recovery looks different. You have to block out the judgement of others and always remember that all you have is yourself at the end of the day. Recovery is something no one else can do for you. You have to own it.