My name is Brittany M. and this is my story... 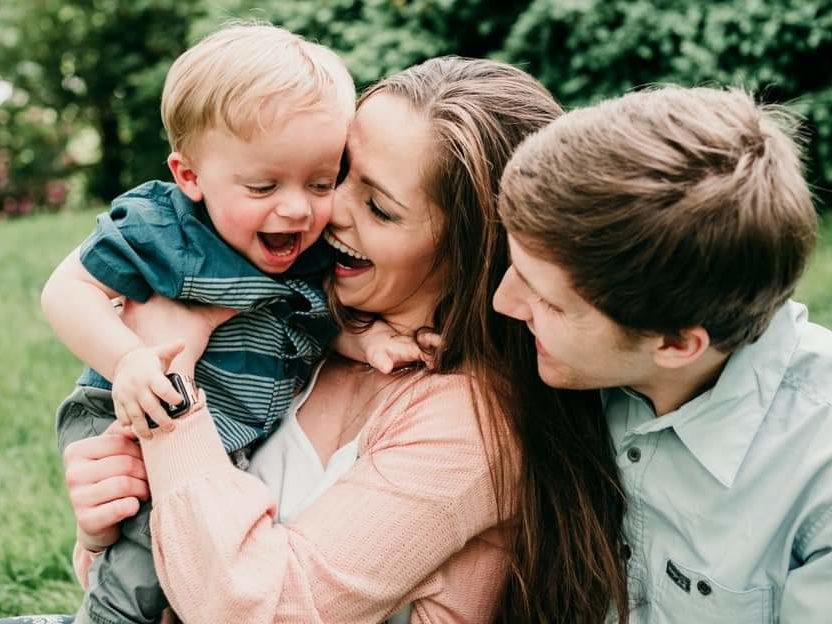 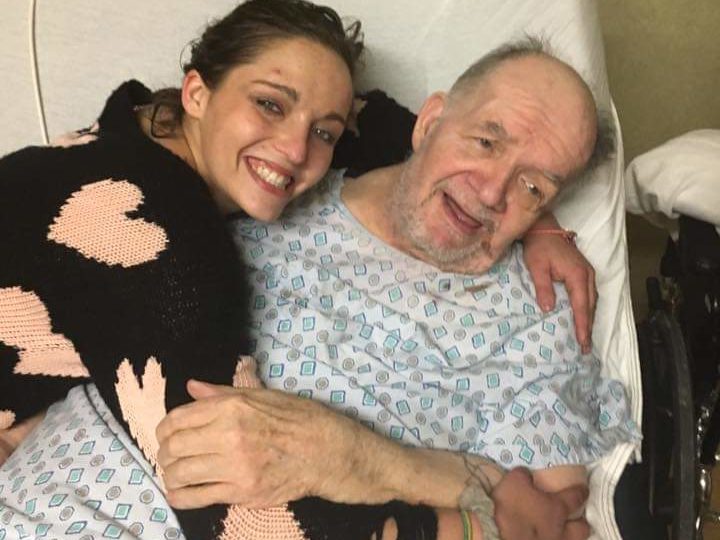 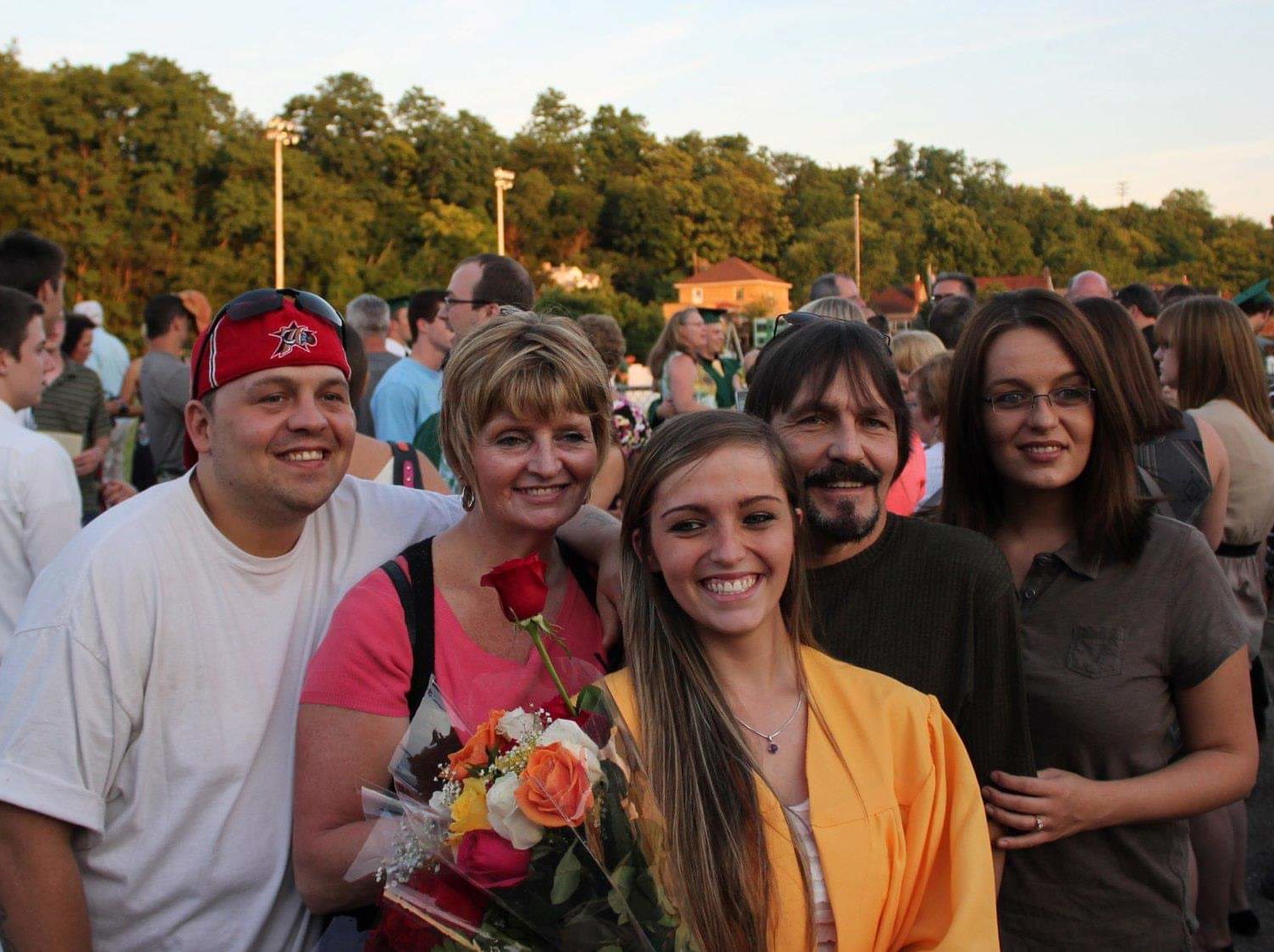 "The positive thing I take out of this battle is that I found my one true love, and we have a handsome little boy."

I was born and raised in Pittsburgh with my parents, and my older brother and sister. I grew up dancing, figure skating, and horseback riding. Both of my parents were prescribed prescription drugs since I was born. I never thought about them being people with substance use disorder.

In high school I was a cheerleader, and I played volleyball. During this time, I began experimenting with drugs. My parents were okay with me drinking and smoking marijuana as long as I was smart. My mom encouraged me to take Adderall to help me maintain my weight. Eventually, I started using mushrooms, ecstasy, and acid with a boyfriend who was four years older than me. My parents were not happy and tried to keep me away from him. He ended up going overseas for one year. During that year, I became anti-drugs. Around the same time, I found out my parents were selling their prescriptions and doing more drugs than I had realized.

My ex-boyfriend came home and started doing 30 mgs of Percocet. I was in denial. I ended up getting a script of Tylenol with Codeine for a sore throat right after graduating, and I fell in love with the high. I had so much energy, and I felt great. Once the medication ran out, my mom gave me some of hers. This was my first experience being addicted to an opioid. A month went by, and I knew I had to quit.

My ex-boyfriend was still using. Without my knowledge, his addiction was spiraling fast. He began to use dope and crack behind my back. I felt so betrayed. I honestly was lost and didn’t know what to do. Lies after lies, he said he was going to quit. Between all the broken promises, I started using Adderall every day. Both of my parents ended up using dope once their prescriptions ran out. My brother was also using. My sister was not living with us; she was addicted to prescription opioids but won’t admit it. I got tired of not doing what everyone else was doing. I got tired of fighting for sobriety and eventually tried dope for the first time. I would dabble with it, meanwhile my whole house was in full blown addiction. One day I walked in on my ex-boyfriend shooting up with my belt.

Later, I moved to Connecticut. The Fourth of July was coming up, and I decided to come back home to Pittsburgh (not knowing this would be the choice to change my life forever). When I got to Pittsburgh, I found out I lost my job back in Connecticut. I was in a “screw life” mode. Depressed, I tried to give my ex-boyfriend another chance. He convinced me to get him drugs, and that tempted me. I was using the whole time I visited. When I went back to Connecticut, I took drugs with me. After using my supply, I started getting withdrawal symptoms. Both of my parents were so messed up from drugs they couldn’t help me get home. I had to rely on my aunt and uncle to help me get back to Pittsburgh. As soon as I got home, I had dope waiting for me. I finally felt normal again. This is when my life took a turn for the worse. Being back in Pittsburgh and living in a home where everyone was struggling with addiction was hard. We all were trying to get money by selling everything we owned, fighting over drugs and money, and floating in and out of jail. A few months after being home, crack became another addiction for the whole house. Both my parents were still using as well.

On July 12, 2014, my mother, Ladona Milligan, passed away. She was on a drug bender after not going to her doctors for two months – and they filled her scripts without drug testing her. She took a mixture of drugs and never woke up. This devastated our entire home. My mom was the rock who held the whole house together. My father was a mess and just didn’t care anymore. The house I grew up in and lived in since I was born was slowly becoming a trap house. All our utilities were being shut off, and no one cared! At this point I had been arrested and had my first experience with jail. A few months later, my father ended up going to jail and had a massive heart attack. He passed away on October 11, 2015. When my dad passed away, I was so wrapped up in the drugs that I only went to one of his viewings and missed his funeral. That’s something I will always have to live with.

I split up with my ex-boyfriend. It was just my brother and me now living in the home. Now our childhood home was a trap house, which was constantly full of people using drugs. People were shuffling in and out. As a result, our neighbors hated us! I was constantly being arrested, I totaled 2 cars, and I overdosed three times but was saved by Narcan. My brother ended up going to jail, so I stayed with one of our friends. All of the legal troubles required me to get into recovery or else live in jail.  I went to UPMC Western Psychiatric Hospital to help detox. While I was getting help, my brother got released from jail and couldn’t contact me. On February 5, 2016, I got pulled into a room and told my brother had overdosed and died. I was released two days later and as soon as I left, I went and got high. I didn’t care about life at this point. I had no more hope. I was doing every drug I could get my hands on. The day of my brother’s viewing I was so high I can’t even remember that day. All I know is what everyone else has told me. My memory is still blacked out for about a week around this time.

My legal trouble was still causing problems. Around this time, I took a whole bottle of medication to not feel sick, ended up having multiple seizures, and being hospitalized. When I woke, I found out my using buddy had overdosed and died. My aunt was tired of losing our family members to addiction, so she called emergency help to 302 me (which means that she made me involuntarily commit to treatment) to make sure I couldn’t leave and go get high. This is where my battle for recovery began!

I had lost my mother, father, and brother. I never coped or spoke about any of them. I had inner demons and was struggling to want to be get into recovery. My aunt, cousins, and grandma all supported me. I tried a sober living place but left after a day. As soon as I left, I scheduled my Vivitrol shot. I ended up getting the shot and I stayed with my aunt. After using for five plus years, this was my first time really trying to get into recovery. It was a struggle. My second shot was due, I relapsed on dope and crack for a few days. I ended up back in the psych ward. I started a friendship with someone I met along this journey (not knowing he was newly in recovery as well). He came to visit me, and our friendship grew. I felt like I could relate to someone. He was staying sober and doing well. This time that I was in the psych ward, I had warrants out for me, so I had to get released to the police and go to jail. My new friend stood by me and was there for me. He came to pick me up when I got released from jail, and we started dating.

A month into being sober, we found out I was pregnant, and we were expecting a baby. In order to stay in recovery, I went to an all-day outpatient rehab five days a week. We both planned to do good for our son. We both had to deal with all the emotions and things you have to cope with in early recovery. My aunt let us both live with her. I was on the pill form of Vivitrol, but the doctors said there wasn’t enough information surrounding pregnant women and Vivitrol. The doctor suggested it was safer to get on Subutex. I was in recovery for almost six months when I took my first dose of Subutex, and I felt high. Here I am pregnant in my doctor’s office high as a kite, while I am being told they are going to up my dose. I was not prepared for this at all. In my head, I just kept thinking “this is another addiction, but it’s supposed to be safer for my baby”.

Our son was born on December 7, 2017, the day that forever changed my life! My doctors didn’t suggest getting off my Subutex, so I stock-piled them. I stopped going to the clinic completely because I felt they didn’t agree with what I wanted to do. I weened myself off little by little. My first day without Subutex, I called and set up my Vivitrol shot. The next morning, I canceled it because I wasn’t sick. Never in my life did I expect that to happen.

This is why I’m sharing my story. Today, my fiancé, Jordan, and I are both still sober, and our son is doing amazing. This past year, we paid all our bills on time. Both of us have gotten our things back that we sold while we were in active addiction. Life brings the right people in our paths just when we need them. The positive thing I take out of this battle is that I found my one true love, and we have a handsome little boy. I am proud to say I am a little over two-and-a-half years in recovery. Just writing this blows my mind that I got out and have survived this far. I have lost so many family members and friends to this disease.

My goal now is to become a counselor for other people facing addiction, to help give someone hope or the motivation to get into recovery. I shared my story in hopes of helping another person struggling.