My name is Alexis M. and this is my story... 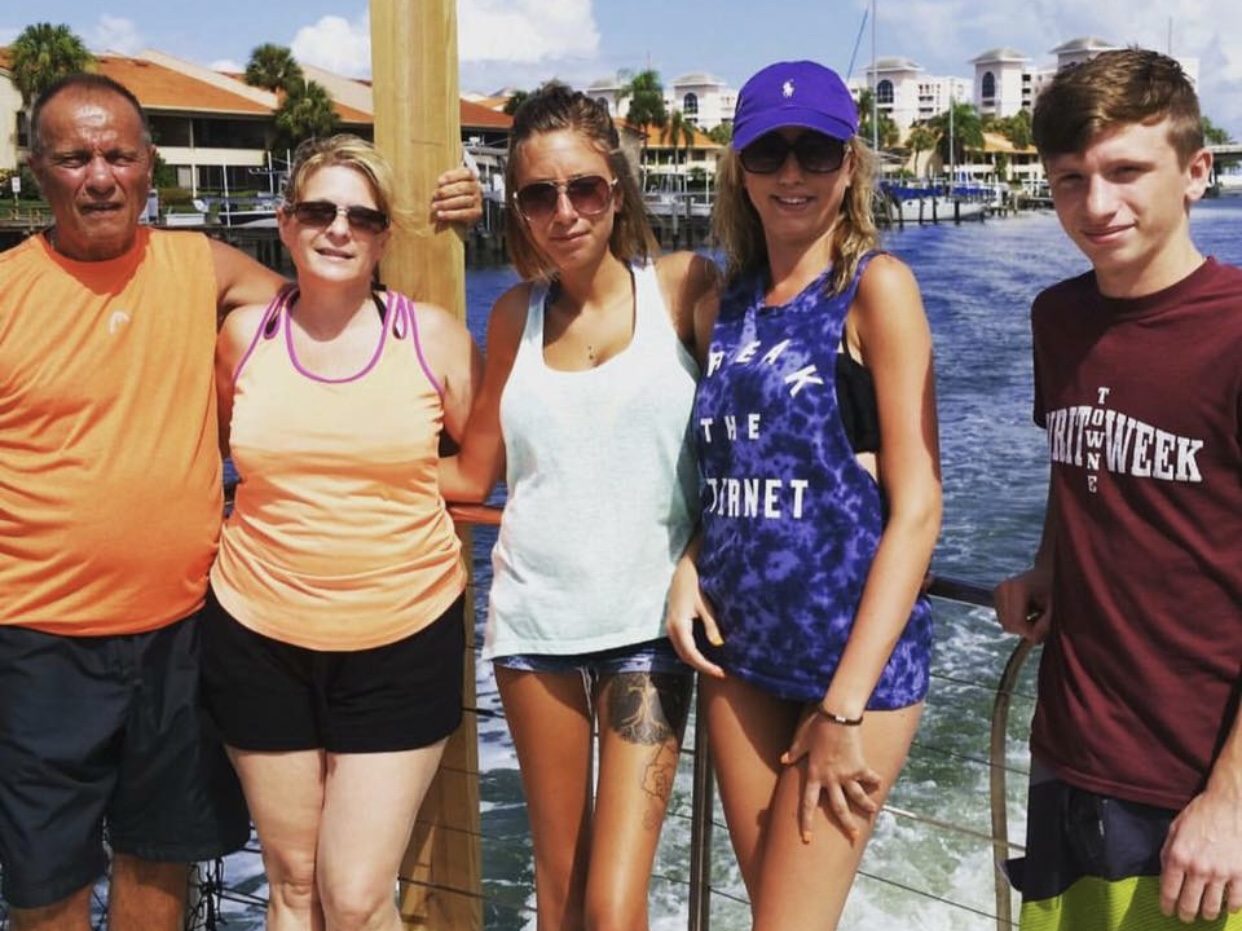 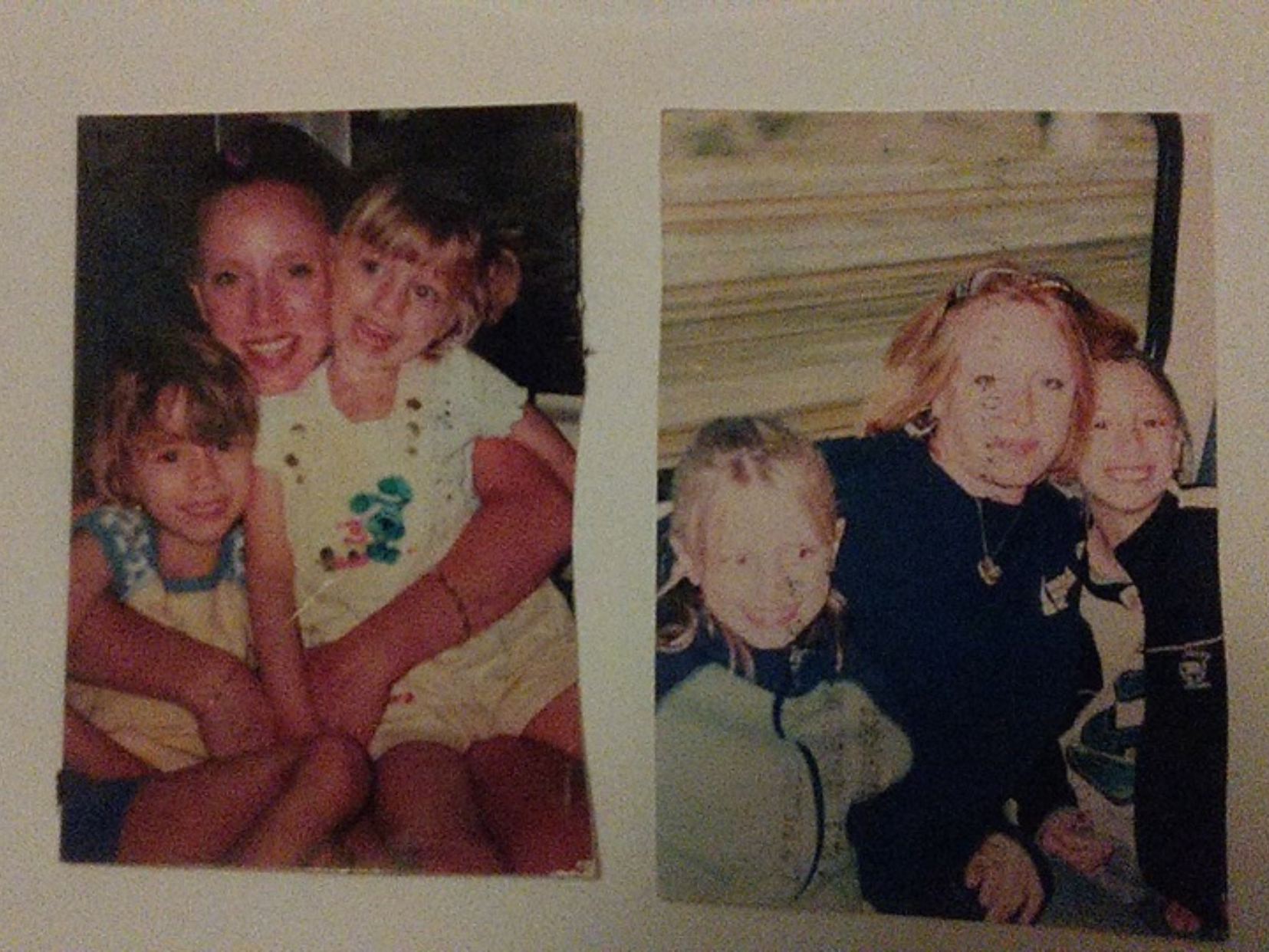 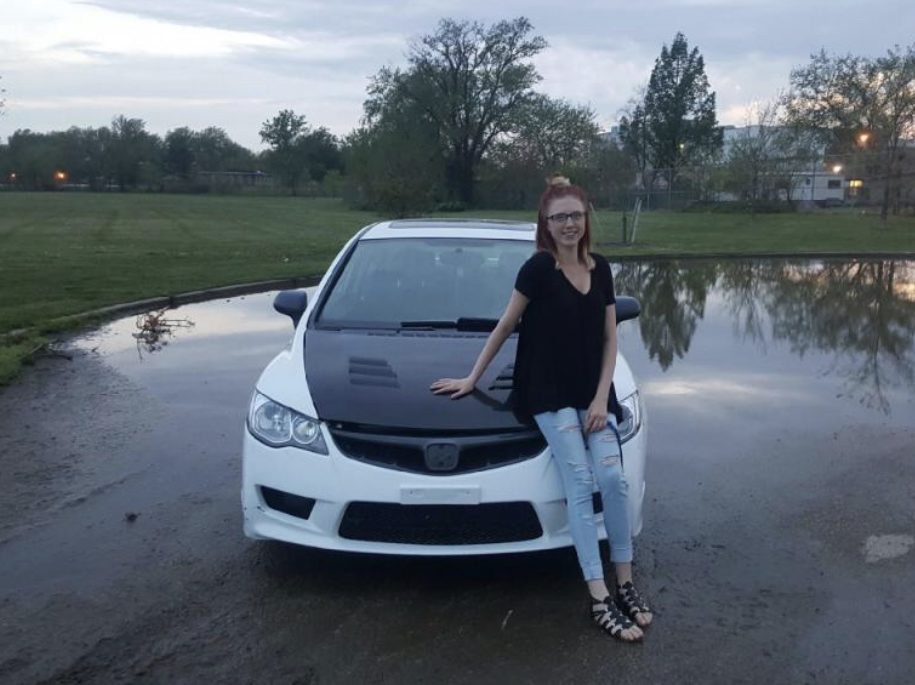 "Some of my friends were jealous that I could drink without repercussions, but they didn’t see that on the inside we were dying."

My mom has struggled with addiction all of my life, although I didn’t always know that. I grew up in Northeast Philadelphia and went to Washington High School, but dropped out at one point. I later got my GED and started college. After two semesters, I dropped out because I had to work full time to provide for the house. I now work as an assistant manager at a local restaurant.

When I was six or seven, the cops came and took me and my sister away from my mother, and my mother left for a while. At that time, I didn’t understand what was going on. I didn’t know it was drugs; I just knew that she was sick and that she went away. We lived with my grandpa for about a year, and then lived with our mom when she got out of rehab. Things were okay for a little while until my mom’s behavior shifted. She started having really bad seizures because of her relapse, although at the time I didn’t know that was the reason. There was a constant flow of toxic boyfriends and irrational behavior.

By around 10 years old, I could understand that she was addicted to drugs, but I never wanted to admit it to myself. I also felt that I couldn’t really talk to people because they were going to judge and wouldn’t understand. I had painted this nice mental picture of my mom, and I didn’t want people to know that she wasn’t a stable person or that she didn’t work. Our life was all I knew, but looking at other people’s lives made me realize that this was not stability. Soon our cable and electric bills were getting shut off, there was fighting, she would go away at times, and people would come in and out of the house. While I wasn’t scared, I just knew that this wasn’t okay.

When I was 12 or 13, we were evicted and moved to another apartment; that’s when things became the worst I had ever seen. I started drinking a lot, didn’t want to go to school, was arguing with my teachers and grandparents, and I also spent time with the wrong crowd. I just spiraled and it was really bad. I don’t like to admit it, but it was probably because of pain: my mom not being there and not being an active parent. She always tried to support me, but she was suffering herself, so it was hard for her to support me 100 percent. Some of my friends were jealous that I could drink without repercussions, but they didn’t see that on the inside we were dying. It was chaotic and it was stressful, and drinking and stuff like that did not help. It just made the situation worse.

While I was spiraling, my mom was also getting worse and worse and worse. It was suffocating me to the point where I was constantly trying to find if she was doing drugs even though she kept denying it. For two or three years, my mom would be gone for weeks at a time. It was a constant cycle of me calling hospitals, checking Philly rap sheets, and checking websites of inmates. We always tried to talk her into rehab and tell her that we support her. By this point bills weren’t being paid, so I started taking over her money to help support our household necessities. My mom went to rehab three times, but those years were so chaotic, and we were just scared. At one point, she went on a binge and didn’t come home for two weeks. We called her and told her that we changed the locks and she had to find somewhere else to live. We spent a lot of time wondering if this was the best decision. At the end of the day my mom was still my safety net. My sister and I didn’t know if we could survive officially on our own.

By the time I was 15 or 16, my sister and I were living on our own. We couldn’t tell that to anyone because if the Department of Human Services found out, we would have been taken away. We had to constantly hide a big portion of our life, but we knew it was the right thing for us. We were always mature and knew that we could do this. It was just that people couldn’t know that we were living on our own at such a young age. It would have been hard for people to grasp the idea that two young teens were capable and safer on their own. People think that taking children away from their home is the best answer, but it’s not. That was my security: being home with my sister. If they had taken that away and put me in the system, I would never have survived.

At times, I would get into funks where I would feel angry at having to go through this constantly, and I would feel jealous of what other people had. But, the jealousy made me work harder, so then I just kept going to school, kept going to work, and kept getting promoted to the supervisor level. I didn’t talk to my mom for a good year, besides maybe a few times here and there. I said, “I’m not doing this anymore. This is not healthy for me.”

Recently she became homeless, and I felt so bad. I was hit with the realization that whether someone is on drugs or not, every human deserves a place to live and food on their table. I started going to where she was and helping her. I would cook her platters to eat and bought her a phone. I didn’t give her money because I knew it was not the right thing to do. We recently bought a house, so my sister and I and our boyfriends all moved in together. At first, I felt guilty to be happy and enjoy my life. However, I soon became humbled that my life turned out this way because not everyone has the same opportunities.

My mom says she’s sober now, but I’ll always have doubts. You can be sober, but if you’re not living a sober life, to me, that’s not being sober. If you’re hanging out with the same crowd and supporting a boyfriend who’s on drugs, which she is doing, that’s not sober. There’s something important to me about working too: when you have a job, you can be a helping hand, you can humble yourself to serve others, and gain some stability from a chaotic life.

My mom’s substance use and mental illness has emotionally drained me over the years. I’m fine, and I’m pushing through it, but I get these moments when I’m really sad. I don’t like talking about my feelings anymore. I used to like talking about my feelings, but I’ve been pushing a lot down inside for a long time. It isn’t healthy, and I should probably consider going to counseling, but dealing with this is just so tiring sometimes that I get to points where I don’t want to deal with it. It may sound weird, but my sister is like my counselor. She’s gotten me through a lot of things. She knows that I don’t want to go to counseling, so she’ll just make me talk, and she’ll tell me things I can work on and will remind me that certain things aren’t normal, even if we’ve become used to it. She’s been a big factor in me being able to survive. Also when I’m down, I work. I put my head down and just go for it.

This is why I am sharing my story, so other kids know they’re not alone. There are so many other people who are going through the same thing, who are scared, and who don’t want to open up either. It’s not normal to live this way, and you’re not alone. Speak out. Tell a close friend or anyone. Even if you’re scared to tell someone, just talk it out because if you don’t, it can only get worse. Don’t cave into temporary toxic solutions. Try and go to school, finish your career, finish your schooling. Do something that helps fulfill your life in a positive way. There is a light at the end of the tunnel and you will come out stronger than most.