My name is Joelle A. and this is my story... 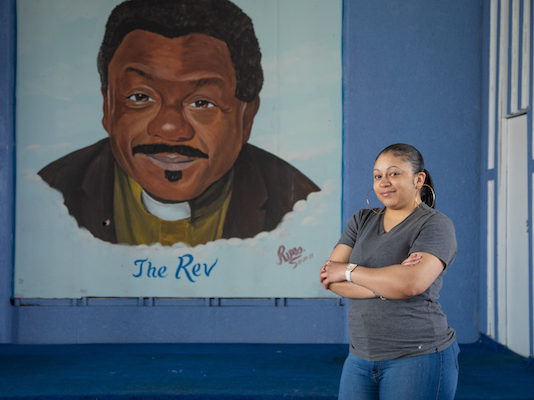 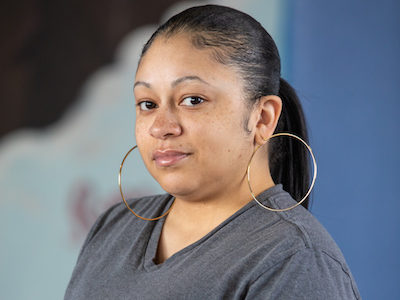 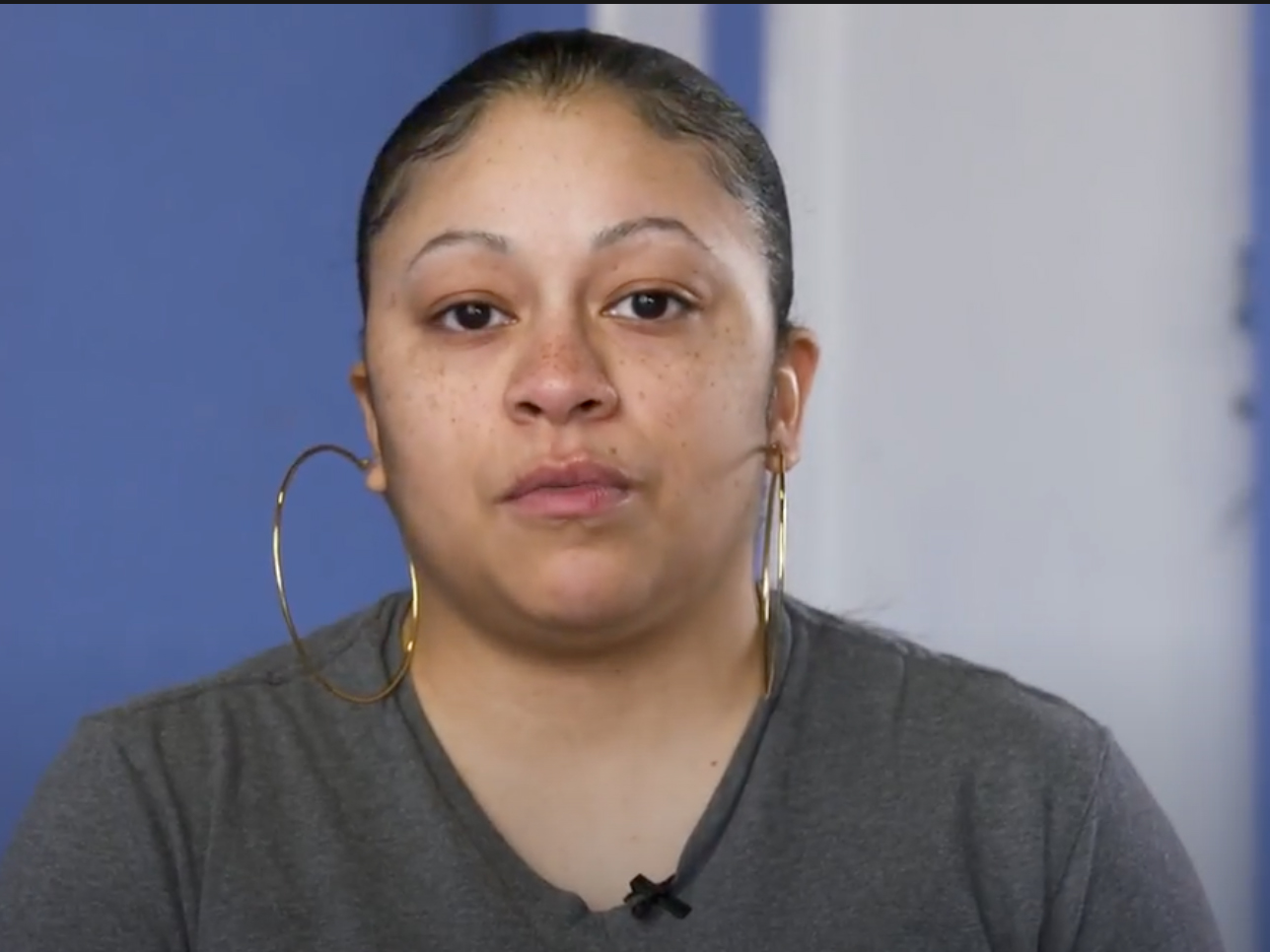 "I’m excited when my daughters see me and their faces light up. I’m just excited for life."

I realized that I was physically dependent on opioids when I made the choice to stop taking them. I started sweating and shaking heavily with a horrible stomachache. The pills became more and more expensive, and I got tired of seeing my doctor constantly. As a result, I ended up buying and sniffing heroin which was cheaper than pills. It was a full-time job getting it because my habit at that point was still incredibly expensive. I was always scrambling to get money. My days consisted of getting drugs, getting high, and making sure my daughter was eating. From when I woke up to when I went to bed, my mind was solely on how I was going to get more heroin. It got to the point where it was no longer about getting high, it was about staving off withdrawals. I weighed 98 pounds during this horrible time. My family knew I was having issues with pills but had no idea I was using heroin. By this point, I had closed myself off to friends and family. I knew they were worried about me but I just didn’t care.

I experienced a moment of sanity when I visited Waterloo Street to buy some heroin. I saw a boy, no more than 15 years old, shooting up while riding a bike. I knew that if I kept using, I would inevitably be injecting like this child. The thought scared me, and I realized I just couldn’t keep living like this. I needed to be there for my daughters and had to stop hurting my family. I called my sister and told her I was ready to stop using. She said, “Wherever you are, get in a cab. I’m going to pay for it. Just get here.” I had about a bag and a half left of heroin but didn’t use it, I’d had enough. When I got to my sister’s I started to feel withdrawal symptoms coming on. My sister held me tightly and said, “We’re going to get through this. It’s okay. I’m going to see you through this. Be strong. You can get through this. Your girls need you. We need you.” We decided it was time for me to go to the hospital when the withdrawal symptoms became worse.

I’m a mother of two girls and work for “One Day at a Time” a non-profit social service agency. My father was a firefighter who worked often and my mother passed away from breast cancer when I was two. My older sister, my dad’s parents, and my mother’s mom played large roles in raising me. Despite this, it was difficult growing up without my mother. I eventually had children with a man who would go on to be abusive towards me. He broke my arm and as a result I was hospitalized. The doctors prescribed Percocet to deal with the immense pain and Xanax to help me sleep. The lines got blurred between the emotional and physical pain that I was experiencing, so at times I would take the pills to numb my emotions rather than my arm. I kept taking them even after recovering from the pain in my arm because I didn’t want to feel or think about anything.

That hospital really saved my life because they didn’t treat me like I was nothing. A social worker arrived and asked if I wanted help; I told her yes. That’s when they transferred me to Fairmount Recovery Hospital by ambulance. I was there for about 23 days but didn’t eat until my last week there. The treatment center began to provide medicine and conducted a psychiatric evaluation. That’s when I knew I had to start dealing with my emotional problems. I began to confront the domestic violence I experienced, the death of my mother, bouncing around from place to place with my father, him being an alcoholic, and other things. It was tough confronting all this, but I knew I had to face it. After rehab, I was set up in a recovery home. Life was heavily regimented, and I’d wake up early for meditation and counseling. I realized that I had to start teaching myself how to change my way of thinking. I had to stop being so negative and end my victim mentality. I acknowledged that traumatic things happened to me but despite it all, I was still here. I felt that God kept me around for a reason and it wasn’t to be a victim; it was to be there for my family. I eventually went into outpatient treatment where I started to unravel my problems and talk about them. I had great therapists, Mr. Antoine and Ms. Tasha, who really helped me.

I graduated August 24th from Everything Must Change and moved in with my sister. It was scary because I was no longer in a monitored and regimented environment. I was wholly responsible for my sobriety now. I had to keep training myself to be more positive and see the glass as half full. Since then, I’ve accepted the fact that I stayed in an abusive relationship for 12 years. I’ve accepted my mother not being here. I’ve accepted that we bounced around as children and everything wasn’t always great. The past is the past, and I need to live for today. There will be bad days, but I have to stay the course and keep a positive attitude. I have a belief in myself today and that was not something I had while I was in active addiction.

Barring my time in treatment, I had been working since I was 15. When I got out of rehab, I needed to get back into employment. Every Friday I would attend motivational group meetings held by One Day at a Time. I told a few people there that I needed a job. Unbeknownst to me, the proprietor of the organization, Mel Wells, had been watching my progress in these meetings. He felt that that I had really grown and offered me the opportunity to work for the agency. I began working the graveyard shift at a shelter off of 24th and Lehigh. I now work in the fiscal department at the main corporate office to make sure that the bills are paid for various sites. I’m proud of the organization I work for and am happy to be in a position to help others through it. We manage a food bank that feeds over 200 people a month. We provide information and HIV testing for the homeless and provide 24 hour shelters for them. We also help people with drug and alcohol recovery by helping them develop positive mind sets. I’ve seen a lot of people move on and get their families back. It’s a good feeling to help those struggling in the community. It has taught me that I really have to give a heart.

It’s easy to get into recovery but it’s hard to stay in it, especially with regards to opioids. It’s hard to stay off of, but once you do it, you’re surprised at how powerful you really are. It’s no simple task because addiction is a disease. It’s a health issue and because of that, you can’t keep sweeping it under the rug. I still see a psychiatrist every month because I need to talk about my problems. Our unresolved issues contribute addiction. It’s important to remember that addiction doesn’t care where you live at or where you’re from. It impacts not just the user, but everyone around the user. It still breaks my heart to think of what I put my family through. Family members really need to be patient and understanding like mine was. I’m not advocating for being soft, but don’t be so hard on them that they go out and overdose. It’s an ongoing process and because of that, it requires patience. I’ve been sober now for two years and am now moving into my own place. I never thought I would be here and the possibilities are endless. I’m excited that I can wake up and start my day without any pills or heroin. I’m excited about my job and what I can do through it. I’m excited when my daughters see me and their faces light up. I’m just excited for life.

This is why I am sharing my story. So that others know that recovery is worth it. If you’re struggling with drug abuse, find someone to talk to about it.  It may be hard, but it’s best to tackle it early. Whatever you’re going through, it may be bad but it’s not insurmountable. You just have to talk about it with someone.