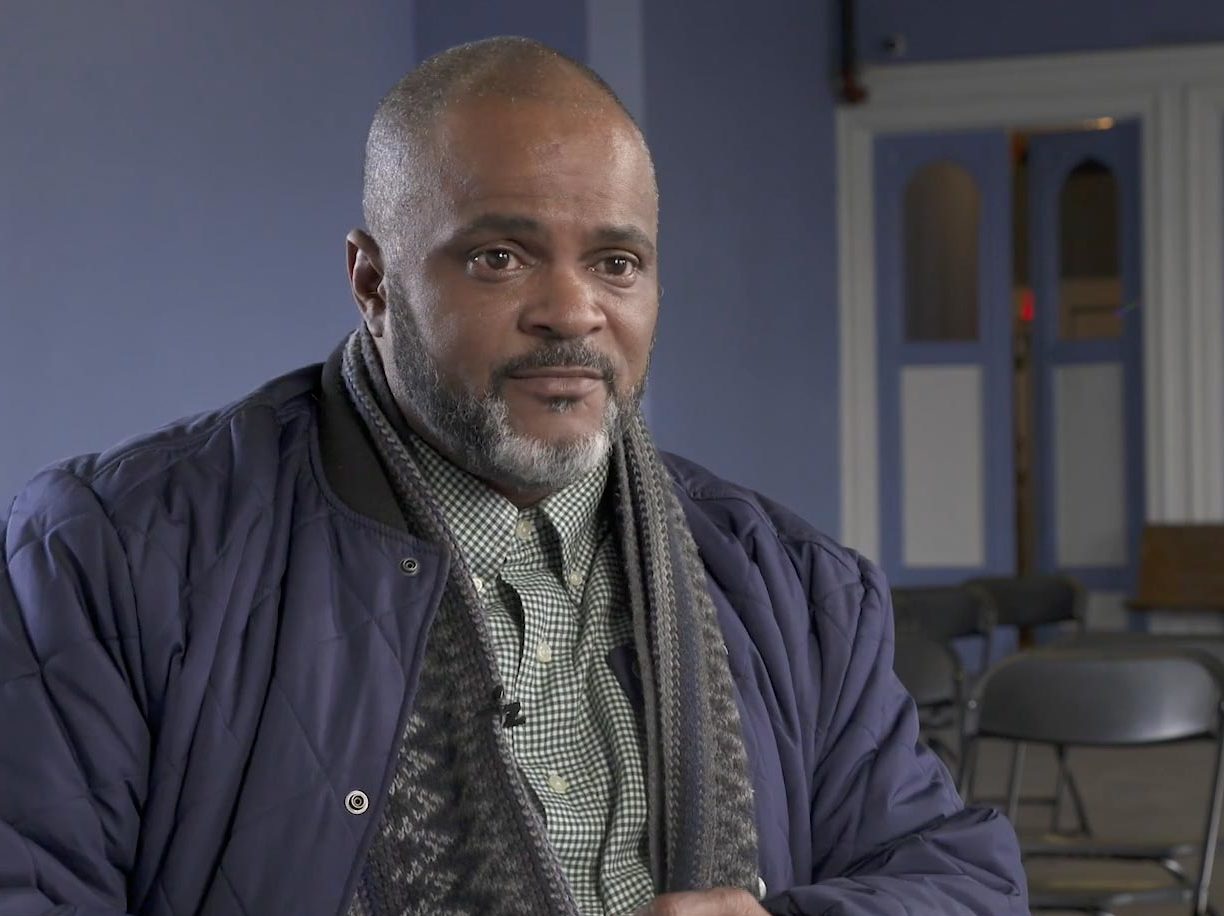 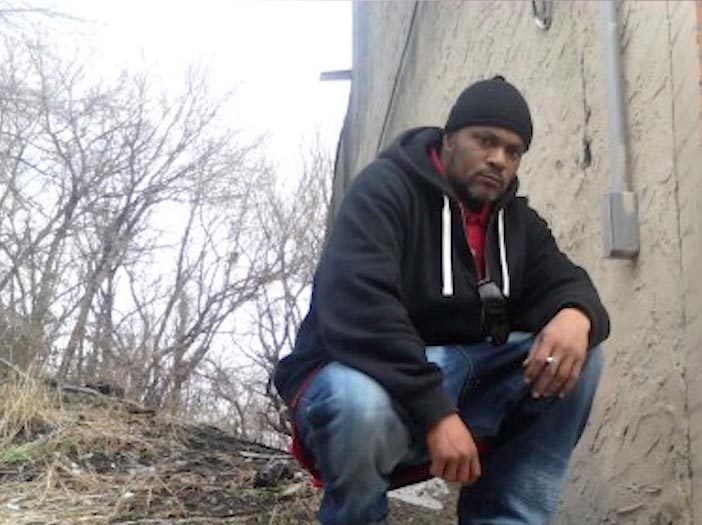 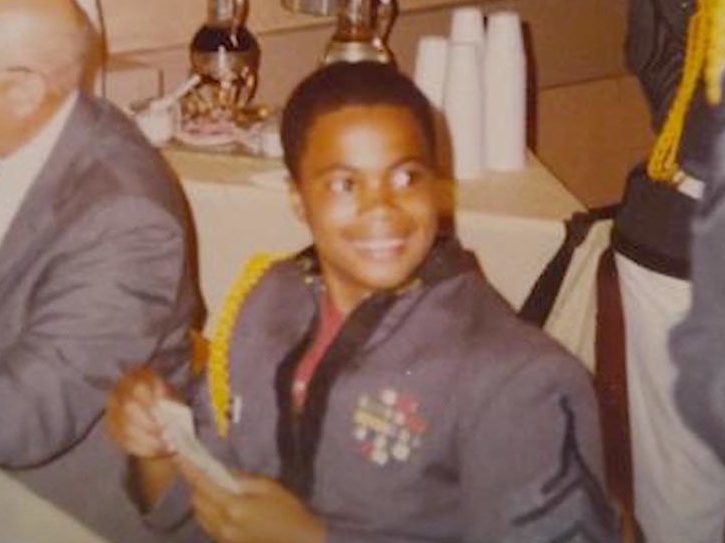 "While in treatment, I saw former peers overcome their addictions. It was really motivating, and I realized I could do it too."

I grew up in Philadelphia and received a good upbringing from my mother. I attended private school and attended college. At 15, I began drinking and smoking weed with my peers, and it eventually lead to heroin.  I didn’t like heroin when I first tried it at 17, but a lot of the older guys in the neighborhood were using it. I wanted to emulate and fit in with them so I continued using it. Heroin eventually became my sole drug of choice and became a powerful force in my life. I realized had I had a heroin habit when I was 21. I began feeling unwell and someone told me that I was dope sick, which I didn’t believe. When I used heroin and the symptoms went away, I realized I really was addicted. Despite this, I had a nice income at the time and was able to continue the habit. Things eventually went downhill after 5 years.

It got to the point where all I wanted to do was use. I started deteriorating physically and was disconnecting from those I loved. A spiritual deadness was growing inside of me. I soon became homeless and didn’t have anything to my name. My actions hurt my family, and it got to a point where I was just tired of it all. I had a good life before the habit got so bad, and I missed that prior life. Recovery was something I yearned for, and so I signed into a treatment program. Initially, I didn’t think it would work, but gave it a chance nonetheless. While in treatment, I saw former peers overcome their addictions. It was really motivating, and I realized I could do it too. Slowly but surely I started to recover and eventually learned that heroin wasn’t the issue; it was an issue within myself. I had to reevaluate some of my early belief systems, and once I was able to change them, my cravings began to subside. It got to the point where I began enjoying recovery and realized I could change.

Things improved after I left treatment, and I started my own photography business. The business was doing so well that I became complacent and stopped expanding it. The 2008 financial crisis occurred and my business started losing customers. I had considerable funds saved up though and thought I could ride the recession out. This didn’t turn out to be the case, and money began getting tight. The stress began mounting to the point where something in me just snapped. One day I was driving home from work and saw a crowd of people going down a small avenue. I knew that meant there something good down there and joined the crowd. I bought some heroin and began using again. I was able to maintain everything for about a year, but was eventually homeless again. I went back into the mindset I had before, where the only thing I cared about was the next high. I’d walk the streets aimlessly, looking for a way to make a quick dollar. I wasn’t suicidal but wasn’t doing anything with my life either. I was looking for something, and if that something was death, so be it.

Thankfully, that didn’t happen and God kept a light inside of me. Someone else came and helped me make that light bigger. I realized that I couldn’t moderate anything that altered my mind or gave instant gratification. I couldn’t accept that some days weren’t going to be happy and pleasurable; I needed something to get me through those days. I had to learn to get through the bad days without something that gave me instant gratification, be it drugs or shopping. I had to make my own joy despite whatever was going on. I found this joy by helping others around me. Self-centeredness is the core of the disease, and it was always about me. The more that I did for others though, the better I’d feel and my spirit started to rise.  I began opening up recovery homes to assist others, and along with my business partner, opened up six recovery homes. Unfortunately, I entered another trying period of my life when my business partner relapsed. We both had our specialized roles in the business, and when he relapsed, it put a lot more responsibilities on me. It got too big for me to handle my own, and we couldn’t make payments on three recovery homes.  I began wondering where I would put the people in those homes. I began questioning myself and self-doubt soon set in. I didn’t deal with the stress as I should have and didn’t reach out to anyone for help. Instead, I found a dealer and began using heroin again. The process of self-destruction began, and I started losing everything. I reached a low I had never reached before and was now at ground zero of the opioid epidemic.

I had used heroin at different times, but the heroin scene was now significantly different. I saw more death and destruction on the streets than I had ever seen. In my past eras of use, I noticed someone would die every other day, but this time, there were multiple people dying a day. Distributors and dealers were, and still are, putting fentanyl in their products like Percocet; I heard some are even putting it in marijuana. A lot more of the users this time are incredibly young and a lot of them are parents. People from all ethnicities and backgrounds are getting addicted. The mentality of these users on the streets is different today; it’s more intense. Whereas in the past there were morals and codes of conduct, there is now indifference and chaos. I saw a lot of pain and a lot of people trying to reach out for help. It was a really miserable period for me personally because I knew I had potential but wasn’t living up to it.

When I owned my photography business, I did a photoshoot for One Day at a Time, ODAAT, which is a social service organization. They deal with children, addiction, homelessness, and community services; they touch all areas. I knew they were a huge force in helping the community and thought I could personally use their help. I called Darrell Chapman, the Vice President of ODAAT. They brought me in, guided me, and helped me step up to the next level and get into recovery once again. I was making a lot of progress, and was eventually given an opportunity by ODAAT. I was given a leadership position as a house manager and later started doing the newsletter for ODAAT. It felt great to be a part of an organization with such a noble vision and mission. I’ve been given several duties, like going out and bringing in homeless when it gets too cold outside. I’m representing something even when I’m off the clock. It’s not just a job, it’s a lifestyle. A man once told me, “Don’t come to work and do what your job is. Come to work and do the job that you want to do.”  I’ve gotten promoted several times for having that mindset. I just help with whatever is needed and do my best to that end. It’s just amazing that someone recognized the good in me and allowed me to give back. I still work for ODAAT today and they’ve even helped me start up a photography business like the one I had before. I’m handling things in a much more responsible manner today, and that’s what keeps my recovery going.

Recovery is like learning how to ride a bike. When you take the training wheels off, you’re probably going to fall off. You just have to get back on the bike and take it further. If you fall again, you have to look at what made you fall and try not to make that mistake again. You have to look at the progress you made and figure out how to take it further. You may keep falling but you just have to dust yourself off and keep getting on the bike. That’s not just true of addiction, but anything in life. All of the great professors, businessman, and entertainers made mistakes and grew stronger from learning from them. You just have to maintain your desire to improve. If the Eagles can get a championship, you can get sober. When we’re in addiction, we always find a way to get heroin. If we just take half of that energy and put it into something positive, there’s no limit to what we can do. I’ve been sober for nine months now.

While fear of going back to my old lifestyle is a factor, my main motivator is just living well. I love being sober, I love helping people, and I love growing.  I focus more on what I love about being sober than the fear of going back, because my goal is to just elevate myself as high as I can. The best thing about recovery is redemption and what you learn about yourself. As I grow on the inside, my perspective starts to change. I start to see things for what they really are and notice the blessings in it.  That’s what recovery’s about for me.  It’s about changing my thoughts, ideas, behaviors, and watching it manifest in other people. They say a measure of a man’s success is how many lives he can touch.  I want to touch as many lives as I can and leave a legacy that will outweigh the bad things I’ve done.

This is why I am sharing my story, so others know that opioid addiction will kill you if you stay in it.  You fall into it and it catches you into a grip where you forget everything.  You forget your morals, your principles, and your dreams. All it will give you in return is pain, incarceration, destruction, and death. Addiction turns you into a person that you don’t like.  If you’re in addiction, get out because it will keep getting worse. Heroin is just everything evil that you could put together, wrapped up into one little bag. You don’t even realize what you’re getting into until you’re in so deep that you can’t get out. It’s important to remember though that it is possible to get out; it’s hard, but worth it. You just have to keep getting up when you fall.