My name is Jeremy and this is my story... 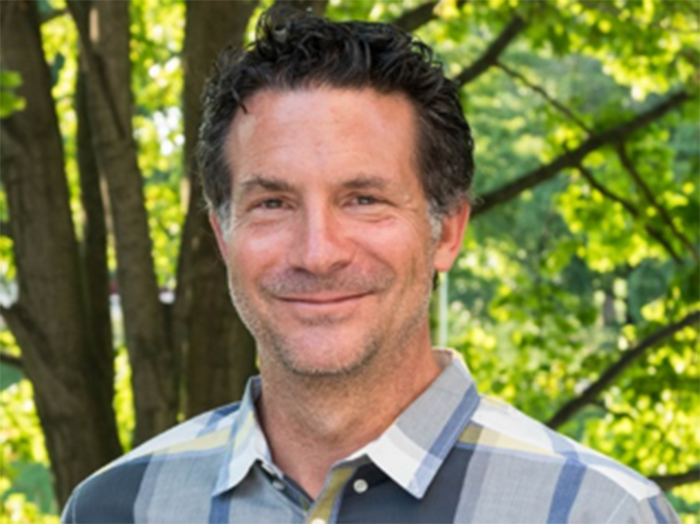 "You have to fill the void that exists once you put down the substance. "

Currently I am an addiction psychologist that began experimenting with alcohol and drugs as a teenager in high school. As a teenager, I did not fit the pothead stereotype. By all accounts I was a model student. I am the oldest of three brothers in a very tight-knit family with no history of addiction; my parents are both in the field, my father is a psychiatrist and my mother is a social worker. In high school, I played three varsity sports and was a member of the school’s band, choir, and chorus. On weekends, I worked part-time at a pet store setting up tropical fish aquariums in customers’ homes. Music, sports, girls, and friends were my life, with a little school sprinkled in, until I started smoking pot. Then slowly, I needed that in order to make everything else better; more creative, more chill, more profound.

By 11th grade, I was smoking pot daily and eventually began using “harder drugs” in college. Unfortunately, common myths and stereotypes often prevent people from getting help for their addiction. Many people still believe that alcoholism and drug addiction is a choice, not a progressive disease. Nora Volkow, director of the National Institute of Drug Abuse, said addiction is a chronic relapsing brain disease that hijacks your brain. I graduated from the University of Rochester with a Bachelor of Arts in psychology in 1988. During this time, I got scared that I was “using too much” when I didn’t have money to pay rent. I had a decent academic job at the time, but most of my money was going to get high.

I finally decided I needed help after almost losing my job. I had been up all night long and decided that rather than try to sleep for an hour, it made sense to just keep using drugs from 5 a.m. to 7 a.m. and then head into work. I heard sirens on the way to work and was convinced they were coming for me. When I got to work, I kept leaving the staff meeting to check if white powder was coming out of my nose. I almost fell out of my chair, and I am sure there were some discussions about whether they really needed me on the research team.

I had friends telling me I was letting them down. I was horribly ashamed of having to avoid my parents and brothers. I was putting myself in increasingly more dangerous situations. After a couple of unpredictable and intimidating guys threaten you, when all you’ve known is Quaker school, you can get pretty scared. When all of your ‘I nevers’ start to come true, like ‘I never smoked crack … I never tried heroin … I never …,’ you begin to realize you need help, especially when you can’t stop using drugs even after there are significant consequences.

I was 25 years old when I finally told my parents I had a problem and needed help. Initially, I started seeing a therapist once a week. I had serious doubts about the benefits of therapy at the time. I did not tell my parents the extent of the problem. I thought I was so complicated that no one was going to be able to outsmart me. I had an odd combination of cockiness and terrible low self-esteem. Despite going to therapy several times a week and attending Narcotics Anonymous, I kept relapsing. I recall strapping on roller blades at 1 a.m. in the morning because I couldn’t sleep. I was trying not to smoke the remainder of resin I had in a [pipe] bowl. I went up and down Spring Garden street for two hours until I was exhausted. I didn’t smoke that night. I did it the next night and the next night and strung together a few days of sobriety. A week later, I was playing hockey under a bridge along I-95 and then eventually found a real rink with boards, nets, and goalies. I was having fun again. One day I was on my way to play hockey, and I wasn’t sure if those guys would show up. Would I be bored and alone and have no fun or would I get the thrill of the game and the release of endorphins? It reminded me of copping drugs. Would the cops be there or the guys that mugged me, or would I get my drugs?”

Eventually, I made new friends in Alcoholics Anonymous and with their support, I was able to stay “clean and sober.” I have been sober for 26 years. In AA they say many of us are ‘egomaniacs with inferiority complexes.” We create issues like this to divide ourselves from others, maybe because we are scared of closeness and intimacy and allowing people to really get to know us. The only way to recover is to reconnect with others, take some risks, trust people, and be genuine and to ask for help. Oddly enough, I took to AA eventually because it reminded me of Quaker meetings for worship. People sat quietly, and when the spirit moved them they shared. A powerful connection builds this way. It’s a connection that replaces drug and alcohol use and the only negative habits with positive ones. You have to fill the void that exists once you put down the substance.

This is why I am sharing my story. Nancy Reagan was wrong when she said, ‘just say no.’ It is more about what you say yes to. I got a fish tank, then a saltwater tank and then a reef tank with an octopus. All these things filled up my life and continue to play a role today. Hockey is too dangerous, and octopuses are too hard and expensive to take care of. So now I play soccer, I love to walk with my wife and kids, and I am always gardening. After everything, I received my Ph.D. in clinical health psychology.