My name is Ashley F. and this is my story... 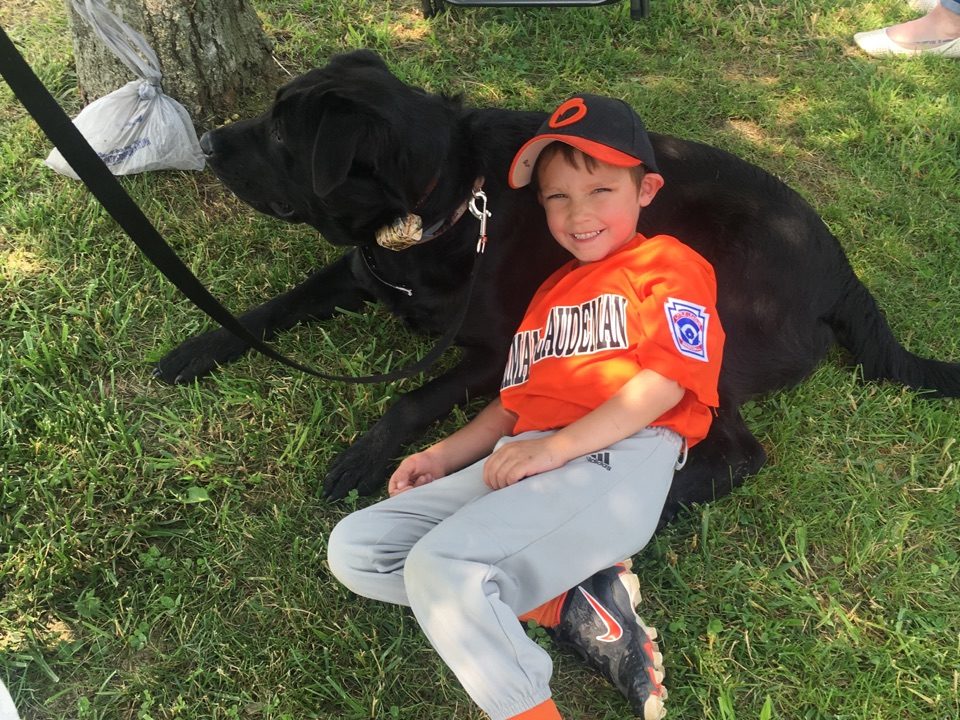 Every day that passes I thank God to be alive and that I’m still here to see another day. I was a happy kid and like to think I had a good childhood. I was also spoiled as a kid; I went on family vacations to the Caribbean and all over the US. Life was great. When I was in my teen years, that all changed. Drugs, alcohol, and partying had become my social scene. My parents were going through a divorce and as a result, I didn’t have either parent around much to keep a close eye on me. The divorce, and all the arguing and fighting was hard on everyone in our family. As a result, I became a rebellious child; I experimented with all different drugs, from pills to weed and cocaine. I also drank alcohol daily.

When I was 18 years old, I got pregnant with my first child. I stopped doing everything for his sake; I wanted a healthy baby. I gave birth at the age of 19. I stayed away from drugs for the first few months of his life. Then, I went back to hanging with the same friends doing the same old things, which typically involved drugs. Opioids, such as morphine, Oxycontin, oxymorphone, and other diluted substances were my favorite. I was doing drugs almost every day. Being a new mom was hard, and the drugs seemed to help me get through my day. At this time, I didn’t think I had a problem of any kind. One day, the father of my son gave me a substance that appeared to be crushed up like a powder. He told me it was a crushed pill and I figured I could trust his word. Here he really had given me my first dose of heroin. A few days later, he told me what he really had given me. I had a good friend who started using heroin also at the time that I did. I went and bought some from my friend who was also using heroin. I did some heroin that day and loved the feeling. Day after day, I continued to use heroin and loved the feeling it gave me. I just didn’t have a care in the world while using heroin. I felt relaxed and as if life was good, or so I thought.

Me, the person who said I’d never touch the drug let alone be addicted, was addicted. What could I do about it? Nothing other than what any other person experiencing addiction would have done; I didn’t want to be sick, so I got more. Day in and day out, I was risking my life by doing this drug. The more days and weeks that passed, the more I would need to do at a time. This meant that the higher my tolerance became, the worse the withdrawal became, so I needed more drugs. I would take my newborn son with me on drug runs just so I could get my fix in the city. I would wait hours sometimes sitting on streets for my dealers to bring me my fix. This by no means was fair or safe for my son. I could have died, been robbed, or been arrested. I didn’t care what time of day it was; it could be the middle of the night and I’d be running around with my baby boy to get my fix. I didn’t care one bit because I cared about nothing and no one but heroin. I didn’t see any of this as an issue at the time.

I began lashing out at my family when I was sick or just due to my personality change from doing drugs nonstop. I had no care for anyone else or how they felt. It got to a point where the father of my child when high would beat me and drag me out of cars. I had been bloody and bruised from head to toe. Even with all that, I still stayed around him and continued getting high. My family used to cry and tell me that one day he would beat me to death since I wouldn’t leave. The drugs had such a hold on me that I didn’t care. At the time, my family didn’t know about the drug use.

Eventually they caught on when they noticed me nodding off and stealing. I had been stealing money from my family, including my grandparents, aunts, and mother to get my fix. Everyone knew this was a problem. I was playing Russian roulette with my life every time I did a bag of heroin. I could have gone to jail, but I didn’t care. I remember my mom telling me she would sit and wait for the phone to ring for it to finally be the day she got the call that her daughter had overdosed. She had that heavy burden on her heart daily, which was not fair to my mother. I can’t imagine the pain I put her and what I put my family through. I eventually got in an argument with my mom over not giving me money. After almost kicking me out to be homeless, my mom started helping with paying for my habit so I wasn’t sick. She knew I couldn’t handle the withdrawal. One day, she wouldn’t give me money and I stole her purse. She tried to take it back, and I wouldn’t allow it. My brother got involved in the fight, and I ended up kicking my mom in the leg so hard her kneecap moved to the side of her leg. She fell to the floor in pain all because of me. My mother had to go by ambulance that night, and I was told she was still screaming the whole time in pain.

Even with all the chaos, all I was still worried about was getting my fix and nothing else. What kind of daughter had I become? By this time, I was the worst version of myself that I could have become. I was not Ashley anymore; heroin had taken over. Everything about my life and who I was, was gone, and taken over by this drug. It was what I breathed, ate, slept, dreamed, and cared about. I stopped being a good mom to my son. Every day I waited to see if this bag would be the one that took me to God because I never knew what it was cut with or what I was really getting; it was just luck. Eventually, I was about to lose my home and be homeless. I had already lost my family, friends, and job. I was broke and about to lose custody of my child. My family told me it was either get off it or get lost. Finally one day, it hit me. I was in withdrawal and looking at my precious little boy when I realized that I finally had enough. I had enough of this life and of depending on something to control my life every day. I had enough of having no one and had enough of this person I had become. I had enough of not giving this angel of a little boy the life and mommy he deserved, enough of being beat up in front of my son, and enough of hurting myself and others. I just had enough, and I needed help! I called my dad that day and told him, “Dad I need help. I have a heroin problem and I need to get clean.” My road to recovery began, and let me tell you, it was hard! It didn’t take two seconds. Recovery took determination in myself to want to be clean; it was work every day.

I started my recovery by putting myself in an inpatient rehab to detox for five days. The hardest part being that I had to be away from my little boy whose mommy was his entire world. I couldn’t talk to or see him while in rehab, but I knew I was doing it to better myself for him as well as for myself. After five long days of hell and being sick but not quite as bad, it was finally time to go home. The problem was I was still sick and the withdrawal medications were done. So not even 24 hours after being home, I relapsed. I thought to myself, “This sickness is impossible to deal with. I’ll never get clean.” I knew that I wanted to be clean and it was the only option I had left. For weeks I searched for a doctor for Suboxone treatment who could help me get clean. It took weeks to find one. I finally found a doctor and paid hundreds of dollars on an appointment and medication. I had to be clean for 24 hours to get my first dose of Suboxone. The next day I got my second dose, and I have never looked back.

This is why I am sharing my story. I struggled with my addiction for over two years and lost everything and everyone. In the end I made it to recovery. During this time, I lost many, many people close to me from drug overdoses, and I wish everyday they could have had the support from their families like I had. They might still be here, if they did, instead of the devil’s drug taking them away! Heroin is never worth your life, your freedom, or sanity. It’s possible to get help. It’s possible to recover: you just have to want it badly enough. I have been in recovery for almost five years now. As a result, my family finally has their Ashley back. My son is now six and has the loving mom he should have. I’m here with him to see him grow every day, instead of him growing up without a mom lost to drugs. Somedays I still struggle, but I know it’s not worth it. Instead, I appreciate every day I get to be alive. Your life is not worth addiction. Recovery is possible, help is possible, support is possible, and a better life is possible for anyone!