My name is Brittany B. and this is my story... 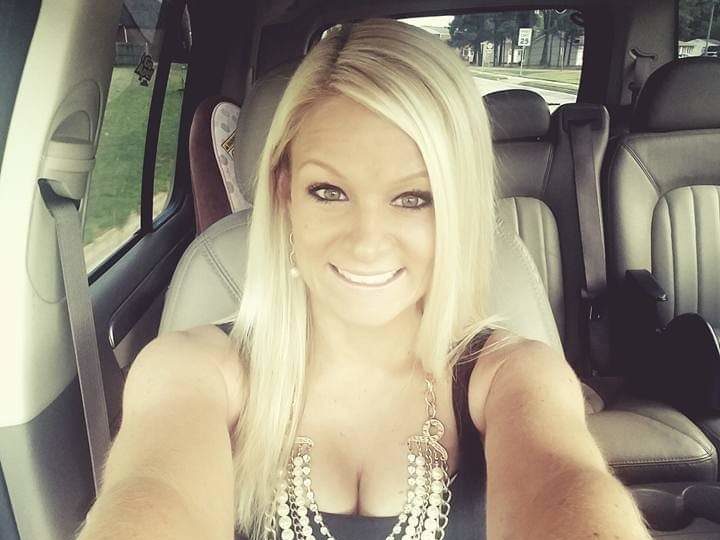 "I knew if I could through those last 24 hours, while in full-fledged withdrawal, I could beat this addiction."

I was what most people would consider “privileged.” My parents had money (at that time). I drove a Mercedes 320 two-seater. I was a cheerleader, I played field hockey, I was the vice president of my senior class, I got accepted to many major colleges, and I eventually chose to pursue dental hygiene at Virginia Commonwealth University. The spring before I went away to college, I began dating a guy from New York City, and I would frequently fly back and forth. One visit we decided to go go-karting at a new indoor place. It was the grand opening, and we were only the second public group to drive on the tracks. Little did I know it would be a life changing decision. I didn’t make it to the first turn when my kart spun out and flipped three times.

I went to see a doctor back home and he determined I had a C4 injury (many people with C4 injuries are paralyzed from the neck down), which would “require” me to take large volumes of Oxycontin and Roxicodone. I vividly remember taking my first pill and getting very nauseous and sick. I remember thinking I never wanted to take it again, but the doctor was adamant that I take the medication and gave me anti-nausea medication to go with it as well. Fast forward six months, and I was hooked on large volumes of pain medication. I began lying to the doctor and telling him I was still in pain to continue getting the prescriptions. I knew absolutely nothing about addiction, but I would soon learn that it would be the biggest and hardest battle I’d ever face.

All of my aspirations went out the window. I went to college for a year, but soon dropped out. I wanted to be in the dental field my whole life and suddenly I just wanted to be high. My dad picked up on the problem within a couple of years, and I told him I wanted help. I got checked into intensive outpatient treatment and was put on Suboxone. I was still very ignorant to what addiction was all about, and had no clue what Suboxone was. But, it kept me clean. For about five years, I remained clean and on Suboxone. During those five years, I had two children, got married, and built a house to settle down in.

When my youngest was about seven months old, I fell out of my attic and broke my wrist. I don’t know what possessed me to accept that hefty pain medication script, but I did and I quickly spiraled back into full-blown active addiction. At the time, it felt so easy and socially acceptable. I could go anywhere and take pills. I could go to preschool meetings and pull medicine right out of my purse, pour some in to my hand and nobody would say a word because I was prescribed this medicine, and I felt like no one knew what I was taking. It could be cholesterol medicine for all they knew.

This is the part that’s harder to talk about. This is where my story gets really, really ugly. I became someone that even I didn’t want to be around. I literally couldn’t stand myself or the things I was doing. I was so full of shame and wrapped up in pills that I isolated myself from my once super close family. I lied, I stole, and I did whatever I could to feed my habit. I couldn’t be trusted. I got several shoplifting charges, which was ultimately the downfall of my reputation in the small town where I lived. I stole money from my own husband who worked very hard to provide for our family, and I did many other heinous things. I was not the Brittany that everyone knew and loved.

As I was going through this hell of my own, I could see the hell I was putting my family through was just as bad, but I just couldn’t stop. Every day, tomorrow would be the day I’d stop. Sometimes I’d make it a couple of days, but ultimately nothing lasted. I contemplated suicide many times, but I knew I couldn’t do that to my children. At what I thought was my lowest, I got admitted to an inpatient treatment facility in DC, only to be kicked out 20 days into my 30-day program. Everyone was done with me. I had no one to call to even take me home and the rehab was putting me out, so I decided to make a last ditch effort and call my dad. He got me a train ticket and agreed to come and get me from the station. I made it to the train station and I was in full-blown withdrawal from Suboxone. Maybe it was a coincidence, or maybe it was nature’s way of foreshadowing as to prepare me for what would be the worst 24 hours of my life: the train I had taken on my journey home broke down right on the tracks. I waited in a train car for 12 hours, when it was only supposed to take four. The car didn’t allow smoking; while at the rehab, they had encouraged everyone to do anything to get them through the withdrawals, so we basically smoked every hour on the hour.

I finally got to the train station near home, and my dad picked me up. He told me everyone, including my mom, sister, brother in law, and niece, had gone to the beach for a mini vacation (from me), and my husband was not allowing me to come home to him and my children. I cried with my dad, he held me, and I begged him not to leave me. He promised he wouldn’t. I thanked God for him. I even called a preacher the next morning to ask for advice, and he told me that I was blessed to have my dad there for me, and to stay close to him and pray. Less than three hours after that phone call, while riding home from lunch with my dad, he had a massive stroke. I had to grab the wheel and pull us over as we were driving into on-coming traffic and I frantically called 911. I remember screaming for them to hurry.

The doctor was very straightforward with me. He had a 40 percent chance of survival, and deficits were almost a sure thing. I remember him asking me who was making his medical decisions, and I was the only one around. I was signing for his surgery that he had less than half a chance at surviving. I couldn’t even make minor decisions for myself, but I signed, and then I waited. I prayed more in those few hours than I ever had in my life. All I could think was, this is how he’s going to leave this earth: his last memories of me being a shattered, hopeless, addicted human being. In those moments, I begged and tried to bargain with God. If you’ll just give me my dad, I’ll never use again. If you can just save him, I promise to make him proud and let him watch the greatest comeback I was ever going to make.

This is why I am sharing my story. My dad, against insanely low odds, made a full recovery. The doctor told us it was nothing short of a miracle. I realized that even at my weakest moment ever, I not only survived, I thrived. I helped to save my father’s life. I knew if I could get through those last 24 hours, while in full-fledged withdrawal, I could beat this addiction. I could make it through the hard days. Soon after, I made appointments for therapy and addiction doctors. I talked to other addicts in recovery and went to meetings. I fought like hell to stay clean. Today marks one year and five months clean. I can say with an honest heart, that I made good on my promise to God and He to me.